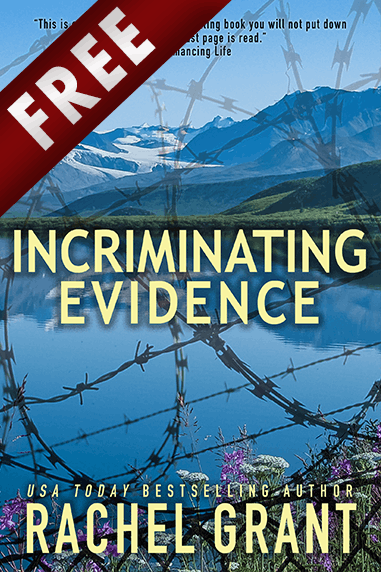 I usually send 1-2 emails per month with book news and deals for romance and thriller readers, plus occasional cat pictures.

From enemies to allies…
When archaeologist Isabel Dawson stumbles upon an unconscious man deep in the Alaskan wilderness, her survival skills are put to the test. She tends his wounds and drags him to shelter, only to discover she’s saved the life of Raptor CEO Alec Ravissant—the man who may have covered up her brother’s murder to save his senatorial campaign.
​
With no memory of the assault that landed him five miles deep in the forest, Alec doesn’t know what to believe when he wakes in the clutches of the beautiful redhead who blames him for her brother’s death, but he quickly realizes he needs her help to uncover the truth about his lost hours.
​
Isabel never imagined she’d find herself allied with Alec, and he’s the last man she ever expected to find attractive. But the former Army Ranger-turned-politician proves seductively charming, and he’s determined to win much more than her vote. When their quest for answers puts Isabel in the crosshairs, Alec must risk everything—his company, his campaign, and his life—to protect her.